The Gaza Freedom March : The Story of a Memorable Adventure

We’ve returned from Cairo. The Egyptian government prohibited the 1360 people from around the world to enter Gaza to demonstrate their support for the population and to say NO to the blockade. But by doing that, they drove us to create in the Egyptian capital, a situation which allowed us to support the Palestinian people in an even more spectacular manner.

It was our Gaza Strip friends who quickly drew this conclusion with their messages thanking and congratulating us for our actions, felt around the world, concerning the siege which has been imposed on them, and those who carry the heavy responsible for it. The organizers of the Gaza Freedom March affirmed that « The spectacular actions, widely covered by the media, which you are now carrying our in Cairo are much more effective for us than your originally planned visit to the Gaza Strip, »

On our arrival in Cairo, our group of 300 French participants learned that Egyptian officials had forbidden the US organizers of the march to hold a meeting the next day at the College of the Jesuits of the Holly Family, in order to bring together the 800 people from various countries and inform them of the situation. The same day it was announced that their buses which were to be used on the morning of the 28th, would not be there. We also learned that all those who had arrived earlier, and who had tried to get to Gaza on their own (alone or in small groups) had been arrested on the way by Egyptian forces, and were blocked in their hotels or bus stations.

And on Sunday, 27 December, one year to the day after the Israeli massacres in the Gaza Strip the Egyptian government went so far as to forbid a peaceful commemoration, consisting of the deposition of candles (biodegradable) on the Nile in memory of the Gaza martyrs.

That same evening at 19h00 the 300 French participants met in front of the French embassy, situated on a main street in the center of Cairo, according to a long-established plan with the AstralEgypt bus company. Earlier, the French ambassador, Jean Felix-Paganon, met with us in his office along with the director of the bus company, who had already received from us $4100 or 50% of the cost of transporting us to and from Rafah.

At that point the ambassador confirmed, in front of several witnesses that he had Egyptian government assurance that we could take the road to El Arish, 40 km from Rafah, and that our busses would indeed meet us at 19h00 in front of the embassy, even if they could not guarantee that we would be allowed to enter Gaza.

With the old contract in hand along with a new engagement on the part of the bus company director (who clamored for the immediate payment of the remaining 50%), written in the presence of the ambassador, a few of us left to find the busses, while the rest of the group waited in front of the embassy.

After 3 hours of standing and waiting, we learned, at 22h00 that the buses would not be coming to get us, so we occupied Charles de Gaulle Ave. by sitting in the middle of that nerve center of the intense Cairo traffic, and so blocked traffic throughout the capital. This was a rapid and surprise action corresponding to the ideas which we had decided well in advance of our depart from Paris: react in a determined manner, and in the most spectacular way possible, if we are prevented from reaching our goal, and this regardless of where we might find ourselves.

We estimated that the most likely place for a blockade by the Egyptian government against us would be along the route in the middle of the desert. But the government, undoubtedly counting on the disorientation and isolation of people from around the world separated in dozens of hotels around Cairo, decided otherwise. A fatal error: the 300 French participants, solidly bound together by meetings and discussions organized by the CAPJPO-Europalestine, ahead of our leaving, found themselves grouped together without a hotel, because they had counted on driving through the night.

Demanding the return of our busses and the possibility of going to Gaza, we decided to camp out in front of the French embassy, declining the ambassador’s offer to bring us to the French lycée of Cairo, and to keep us there until our return to France (counseling us to do this if we did not wish to spend the rest of the week as tourists).

The French Embassy, connected with the French foreign office, exerted reprisals, limiting access to the toilet, refusing to let us put in charge a few mobile phones inside the embassy, and not allowing to let the most fragile to sleep on its extensive and unused lawns, paid by our taxes.
The French Senator Alima Boumediene-Thiery, who was there by our side, did not hesitate to tell the ambassador what she thought about such a behaviour from the French government.

We take the opportunity to salute the courage of Monseigneur Gaillot who stood fast, sleeping on the pavement and going about with a smile on his face, in spite of his health problems. Let’s lift our hats also to our senior delegate, Michel Sergent, 82, who slept during the whole week in a sitting position with his back to a tree and led a group of marathon runners, wearing the T-shirts  » Palestine will live, boycott Israel » on the streets of Cairo, applauded by passersby!

Hedy Epstein, 85, a survivor of the Nazi genocide, who was attempting for the third time to go to Gaza, came to congratulate him inside our mini blockade of the French embassy on New Year’s eve.

Counting on exhaustion and the disastrous sanitary conditions ( washing made impossible, whereas pollution was maximum, a two-hour wait to access the only toilet available for hundreds of persons) , the French governement lying down in front of the Egyptian government, which obeyed the Israeli injonctions (Netanyahu was welcomed by Mubarak on December 29).

Wrong calculation, for this hardening instead of undermining our determination, strengthened it .

Finally the French Embassy had to step back on several fronts, allowing people to go out to use the facilities of the cafés in the neighbourhood, installing 4 portable toilets, giving up on the demand to see the French passports of those who wanted to use the toilets, and letting in delegations of internationals of any country who came to visit and support us.

This last point allowed us to establish an efficient coordination with representatives of other countries and organize with them various spectacular and unitarian actions.

Such as a protest, on December 31, that gathered between 500 and 600 internationals across the street from the most frequented place in Cairo, (by Egyptians and tourists), the Egyptian museum and the Liberation square, and made the front page of all the Egyptian papers.

The next day, a protest in front of the Israeli Embassy gathered again more than 600 persons.

Inspired by our action in front of the French Embassy, which had gained full media coverage, the delegations of other countries organized protests in front of their own embassies, and the UNited Nations, before being pushed away.

During a week, we managed, with our banners and signs visible fom far away, to attract the interest of the media, which had been up to then most discreet about the siege of Gaza and about the shameful support to this siege by our governments

Even the young drafted soldiers, massed by hundreds to prevent us from leaving, befriended us and were constantly called to order by their officers.

Despite the behaviour of Egyptian police, constantly, stopping, harassing, lifting and intimidating the journalists trying to interview us, even giving tickets to motorists who sounded their horns in solidarity, the impact was up to the the task of such unseen before protests under a dictatorship which forbids any gathering of more than 6 persons.

At the end of the day the American organizers, though tempted for a while by Mubarak’s offer to choose 80 persons who would have been allowed to enter Gaza, finally declined this attempt to divide, which would have enabled the Egyptien government to gain back some credit at little cost.

Consulted, our friends in Gaza, organizers of the Gaza Freedom March, strongly advised all the internationals against falling into this trap. They coldly received those who had accepted to board Mubarak’s buses, and quickly led them out out of the Gaza strip.

Two videos made by marchers are already on line on our website [http://www.europalestine.com->. A third one will be on line soon.

We came back from this trip more determined than ever to carry on with th the struggle against the inhumanity of the siege, the emprisonment and spoliation of the Palestinian people by the Israeli occupation. Crimes against humanity which could not be perpetrated without the approval of our leaders, and among them the Egyptian government, showing its true face of collaborator in building a wall meant to smother and starve even more the population of Gaza.

Strong relationships between delegates from all countries were born during this March to Gaza stopped in Cairo. Let’s make of 2010 the year of unity which will make all those tyrants shake in their boots! 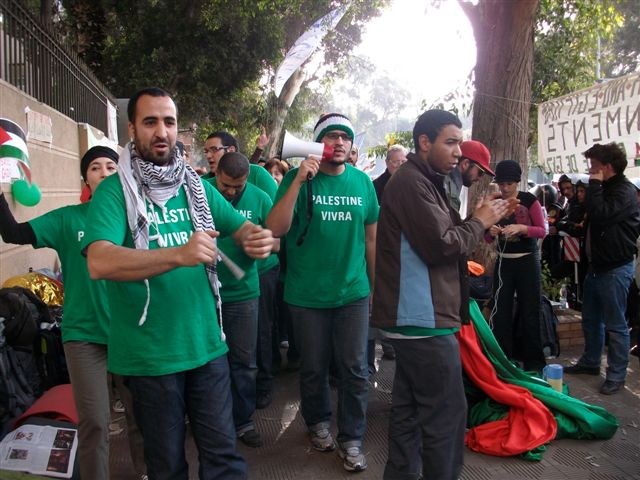 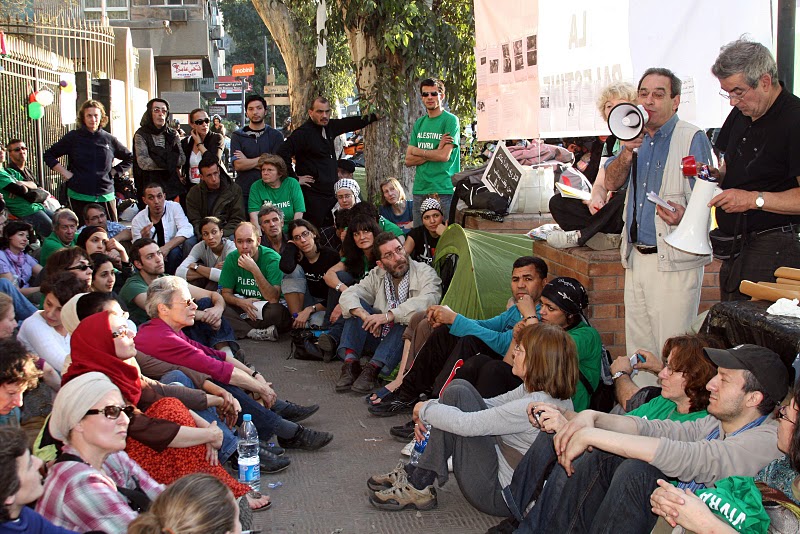 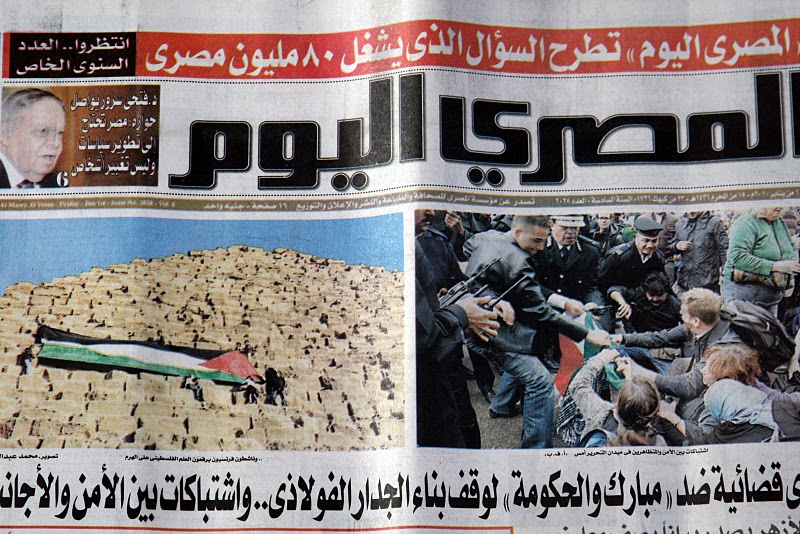 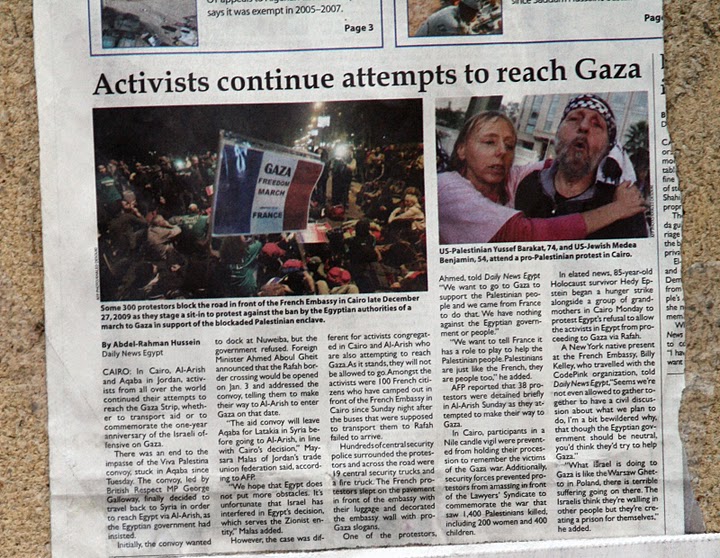 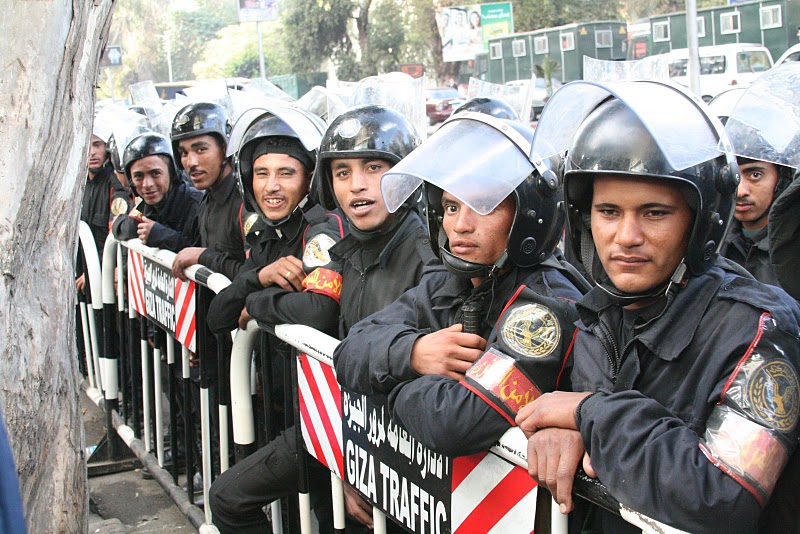 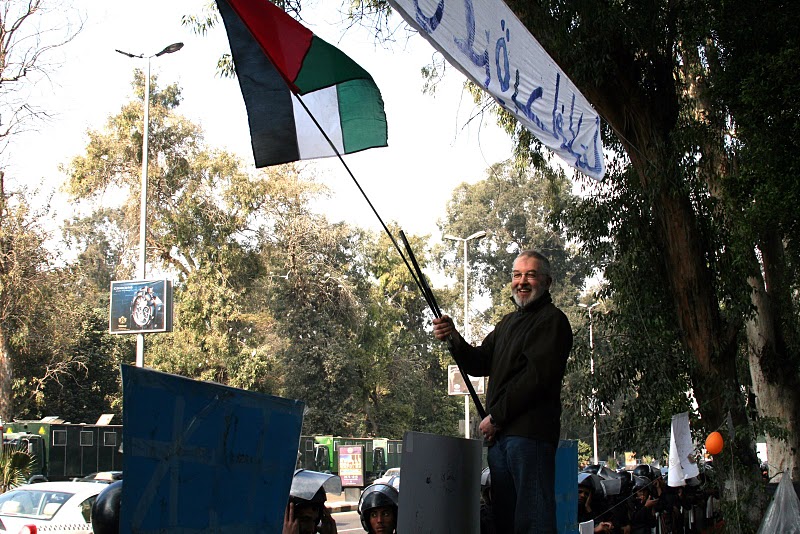 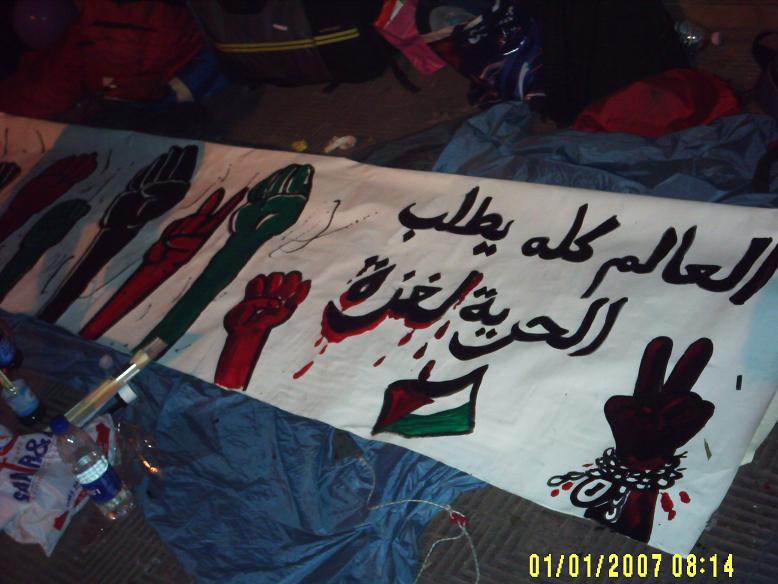 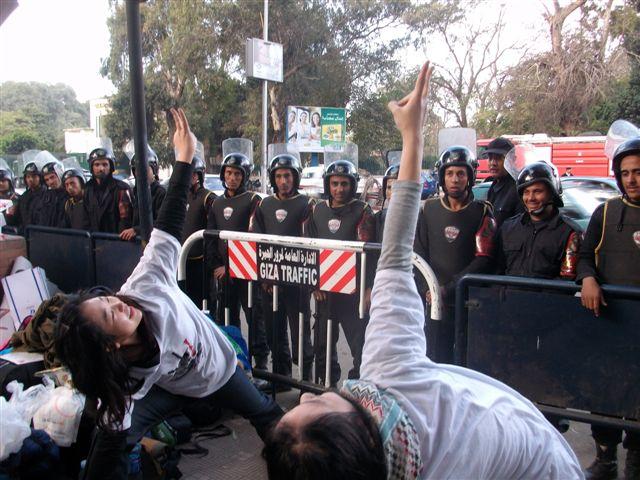